After working on some initial rough sketches, I realized we needed a prop to make her stand out as a bail bond agent. I thought a big chunky ring of skeleton keys would be perfect to get the idea across that she had the keys to freedom in her hands.

A very rough sketch was worked up with pencil on paper, then scanned into Photoshop for cleanup: 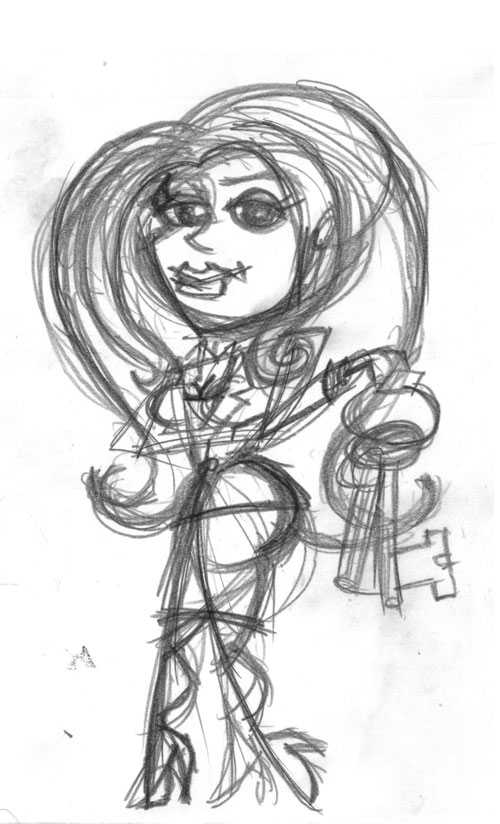 The cleaned up sketch in Photoshop, with some rough tone added: 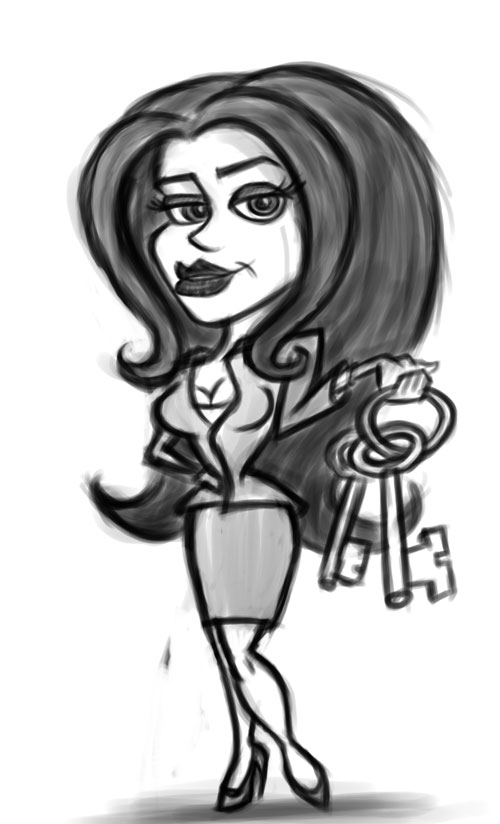 Note the cleaned up sketch is considerably different that the original rough sketch. Typically for my rough sketches I work very fast and loose. I want to get the overall feel of the character and the general proportions down. When the sketch is brought into Photoshop, I have much more flexibility to tweak, resize elements and the like. Sometimes the intermediate sketch stages are lost due to erasing, but lately I have been saving all the phases of the sketch stage in the Photoshop file so I have a reference for later.

While the client was pleased in general, she asked to see a more leggy, sexy version of the character. I worked up a rough version to give her a quick idea of how it might look: 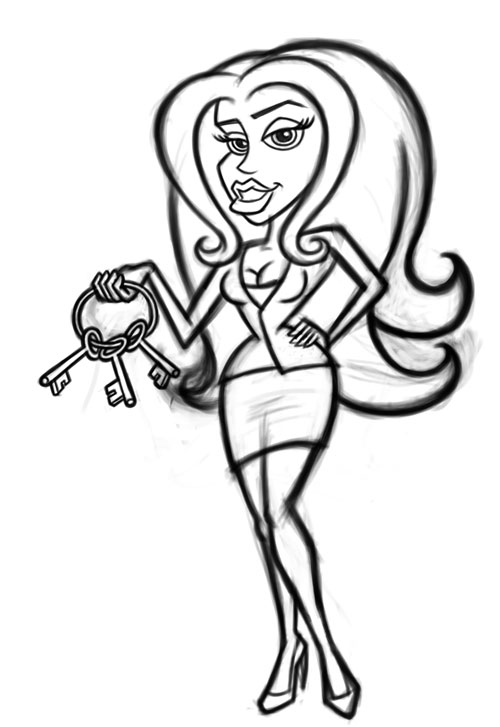 I think this version has some potential (but would definitely get some reworking if we were to have gone with this approach for the final character; the head needs some serious fixing). The client decided that this was a bit more sexy than she wanted, and approved the earlier rough sketch.

With the client’s OK, I went back to the initial rough sketch and cleaned everything up to prep it for use as a template in Adobe Illustrator, where I create the final color artwork. 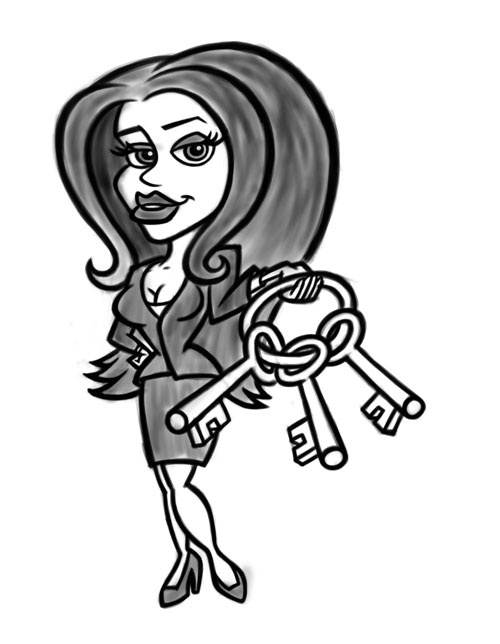 The woman character herself didn’t change much from the rough sketch, but you’ll note the keys got some more attention. I wanted those to really be dynamic, and also enlarged them a bit so they were a bit more prominent. A careful observer will see that I pulled the keys & hand from the unused sketch, then enlarged them for use in this final sketch.

This final sketch was approved by the client and ready for the vector art stage. The final sketch was placed into Adobe Illustrator as a template, and used to create the hand-created vector art paths. Once the color was complete, hair highlights and overall shading was added.

We went through a few small rounds of color tweaks, most notably n the hair color. The original had an orange that was less red than the final seen here.

Great project, great client and I was very pleased with the final artwork for the cartoon character.

Check out the sexy bailbondswoman character illustration on my portfolio site.

One thought on “Sexy Bail Bondswoman”