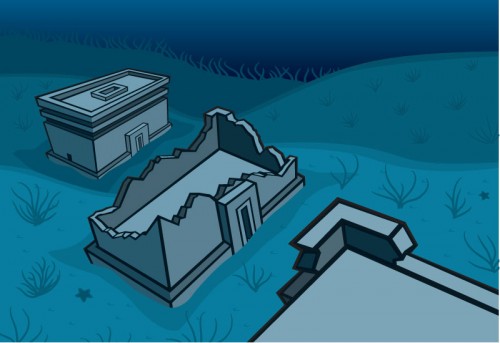 This series of illustrations was created as background images for a typing tutor video game “Typing Instructor for Kids” by Individual Software. The game had already been created, however the developers wanted to create a bonus level and needed new illustrations to be included in the game.

I was given the task of creating three illustrations: the underwater ruins, the sunken ship, and the domed “Lost City”. The artwork for the ruins can be seen above, and the sunken pirate ship and the Lost City can be seen below: 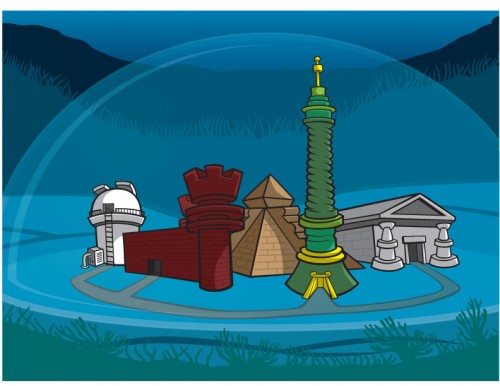 An overview “establishing shot” illustration of all the elements was also created: 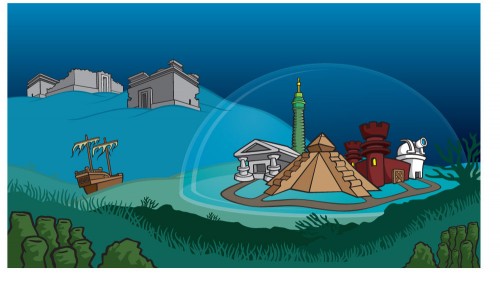 The final art is somewhat obscured by the content of the game from what I was told. These illustrations were used as background elements to the main action, which was overlaid on the artwork.

The architectural elements were a bit of a struggle for me as I typically work on cartoon character design, but it was good to flex the muscles in a different direction. I especially enjoyed working up the atmospheric coloring for the underwater look, as well as adding atmospheric depth to the artwork.

Very fun project to work on, and the guys over at Individual Software were great to work with.