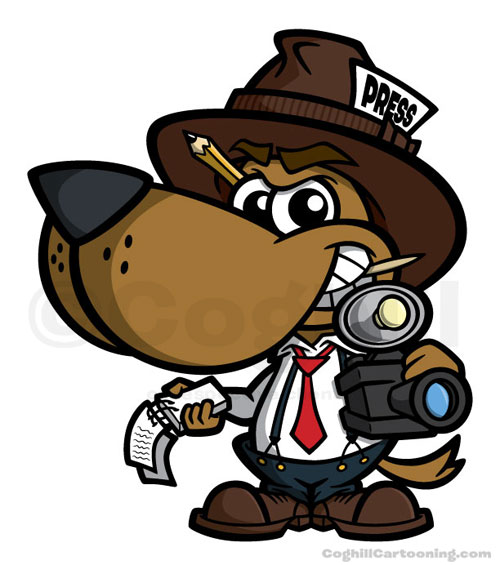 This cartoon dog news reporter — “News Hound” — was created for an upcoming iPhone news app. The client was pretty specific in what they were looking for: a 1940’s era news reporter, but of course a dog instead of a human.

The initial sketch I created for the character was a bit more fun in his look & personality: 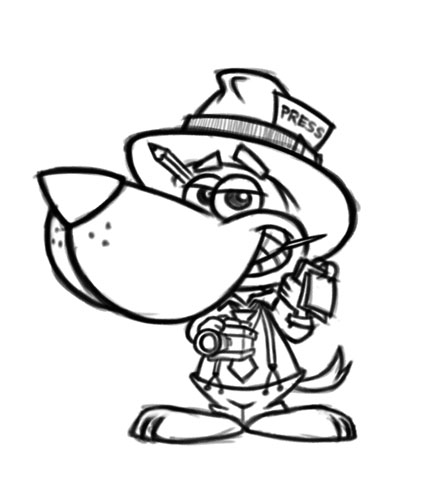 You can see the final character shares much in common with the final illustration. In general the client loved the overall look of the dog and the props, but wanted him to be a bit more aggressive-looking and also wanted the camera to be a bit more prominent.

A few sketches later and we were off to the final color vector art. I also created a basic iPhone app icon, but the client decided they wanted to work with some colors and backgrounds and asked for the layered art file to tweak themselves.

As of this posting, I have not been updated by the client as to whether or not the app is ready in the App Store, so keep an eye out!

Check out the News Hound cartoon dog news reporter character on the portfolio.