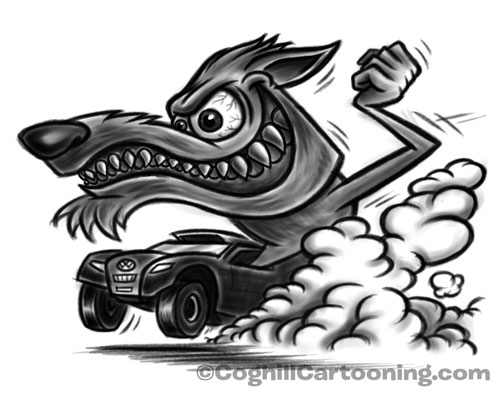 These cartoon wolf mascot character sketches were created for an automotive industry marketing firm who was working on the branding for the Volkswagen Baja 500 “Desert Wolves” team.

The project ended up not being taken to final, but I thought I would share the process sketches here.

The initial sketch (above) was approached with a “Big Daddy” Roth / Odd Rods approach. While the client liked the general direction, they wanted to include a specific VW “hand signal” that was being used as part of the branding. Basically a “peace symbol” overlapped on a hand showing “table for three”.

I worked up this next sketch, which I agreed with the client was too tame: 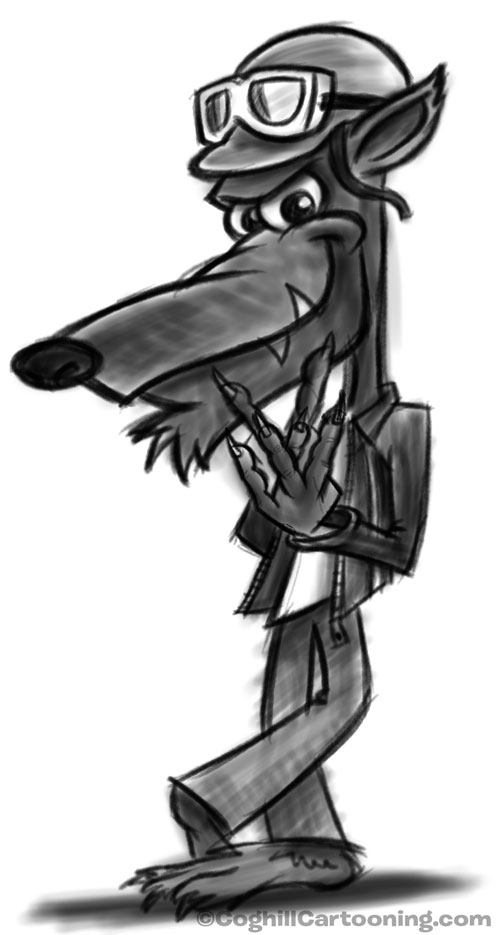 Back to the digital drawing board, and worked up a more aggressive wolf character, and added some quick color and shading to flesh him out a bit: 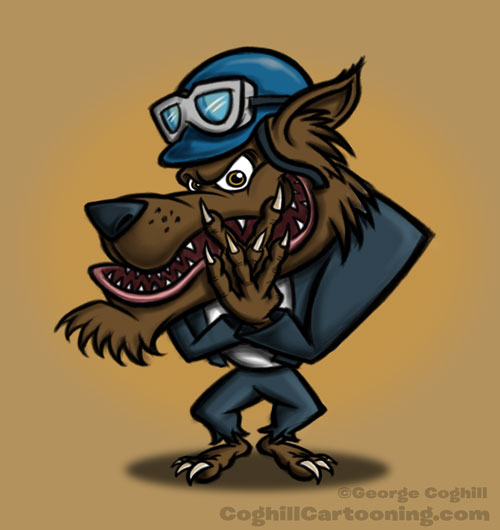 The client loved this direction, and had the project continued I would have refined this wolf character a bit further, however at this stage things were put on hold, and eventually I was informed that the project was not going to be pursued. Had nothing to do with my art, I guess they just decided not to go in this direction with the marketing campaign.

Would have been very cool to have my character on a Baja buggy, would have been a nice compliment to the FrankenCuda hot rod I worked on a while back.