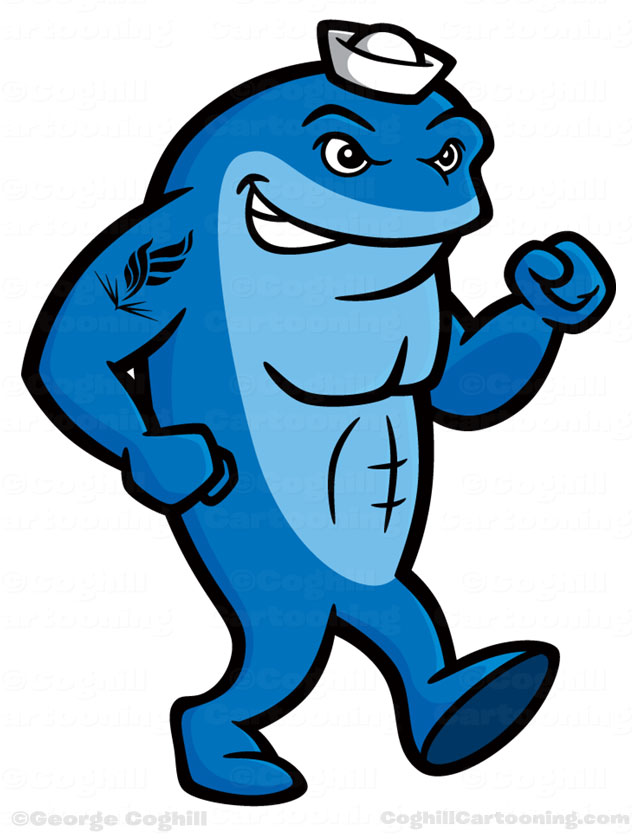 Walking Whale cartoon mascot character created for NEOMED (Northeast Ohio Medical University) as their official mascot. The “walking whale” isn’t actually a whale as one might think. It was discovered by one of the scientists at the university in fossil form, and is a transitional whale species that could swim and also walk. It got the nickname “walking whale”, and the university decided to run with that as the mascot.

This was a tricky project as the rough sketch of the mascot costume had already been decided upon, so I needed to work up a character based on that early rough sketch. After a few concepts, we began to “evolve” the character to it’s final form.

Below are some “transitional” sketch concepts of the character: 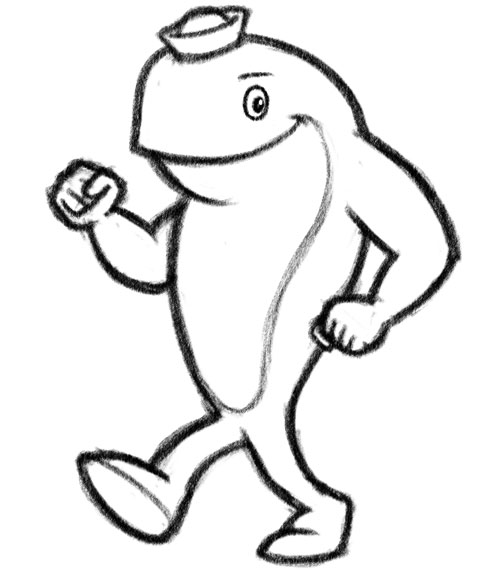 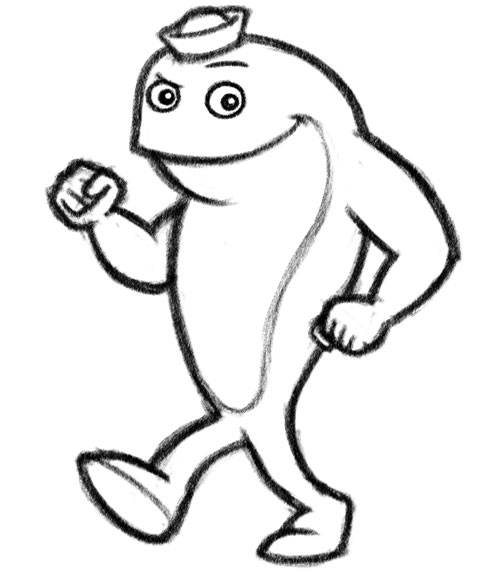 You can see how I was aiming for a more whale-like approach to begin with, and eventually the eyes moved forward and got a more aggressive look. Without the final costume to refer to, it was a bit of a challenge. But in the end, the client loved the design.

Below are some photos of the final mascot costume, posed along with some other Northeast Ohio university mascots. Coincidentally, I also designed the mascot for the Hiram Terriers! I think the final Walking Whale mascot costume came out great, definitely the coolest one of the bunch. 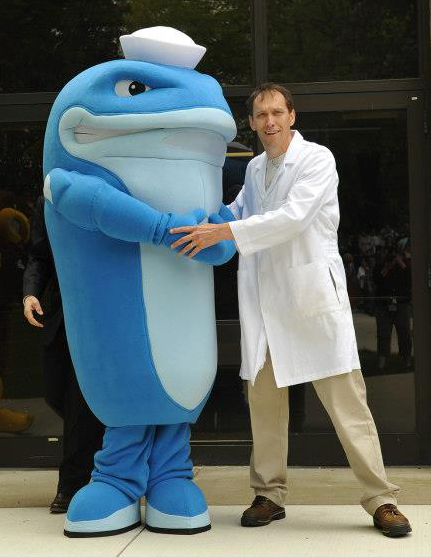 Check out more photos and a video over at the Record-Courier’s Walking Whale article.