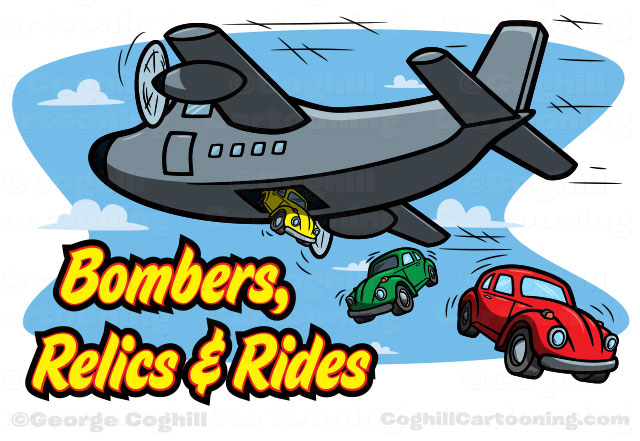 Fun illustration project for an antique car and military aircraft/vehicle show, “Bombers, Relics & Rides”. The client supplied the simple directions: “The idea is to have cars dropping out of the bomb bay of a bomber.”

I worked up this rough sketch to make sure we were on the same page: 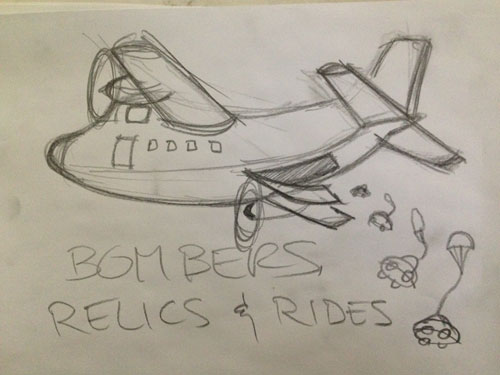 And then I refined the cars to be Volkswagen Beetles (the classic version), since they are just so iconic and I wanted the card to read as cars visually without any second-looks. The Beetle was also a fun automobile which would contrast nicely with the military aircraft. 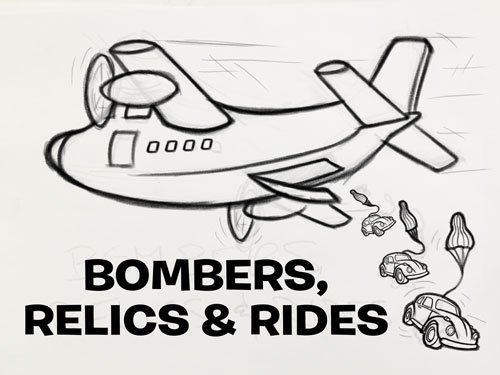 For the final art, I moved the cars around so one was dropping right from the bomb bay. this allowed me to make all the cars a bit larger. I then flipped one to add some variety. the colors were all bright so they would contrast with the plain gray of the military bomber.