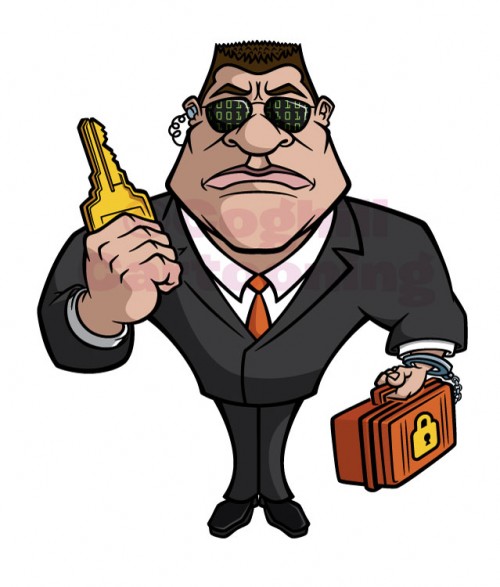 This character was created for a company providing online, off-site file backup solutions. They wanted a character that would embody the idea of safe, secure and encrypted. Hence, the big key, the secure briefcase handcuffed to the character, the binary code reflected in the sunglasses “Matrix” style.

I knew from the outset that I wanted to go with a “bodyguard” or “secret service agent” look to the character, and that he needed to be big and tough to an exaggerated degree. Read on for more info on this project as well as some insight into the sketching process…

The general look of the character was maintained through out the process from the early rough sketches, with details and refinements added, in particular the addition of the crewcut hair, the handcuff-secured briefcase and the big key.

The client had worked with other artists to create this character to disappointing results until contacting me for the project. We had a very tight deadline, but both principals of the company felt after a detailed phone call that I was the right artist for this mascot character project, and we got to work.

The clients were very pleased with the character at every stage, even going as far to tell me they felt like kids on Christmas morning waiting to see the next variation or revision as the character was slowly being realized.

Both the client and myself were very pleased with the final results.

Initial rough sketches were scanned into Adobe Photoshop CS4, and then cleanup and revisions done entirely in Photoshop with a Wacom Intuos4 graphics tablet.

Here’s a very early rough sketch for the character. This was not sent to the client, but rather used for me as a starting point to get the overall proportions and the general feel down. Note how loose things are, almost like a gesture sketch. And note the use of geometric shapes, particularly in the legs—one large, one smaller circle overlapped. The upper body is also based on semi-circles and triangles: 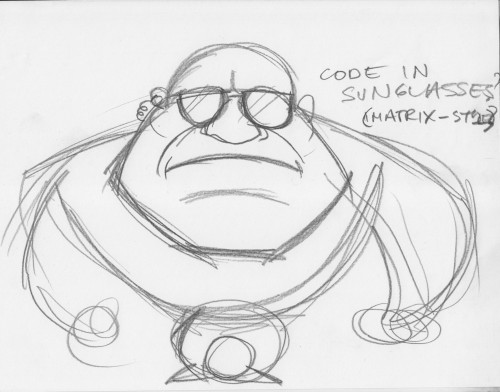 Here’s a more refined sketch tweaked in Photoshop, based off the rough version. Legs were changed considerably to make him more human and less cartoony. I also reduced the proportion of the legs to the body: 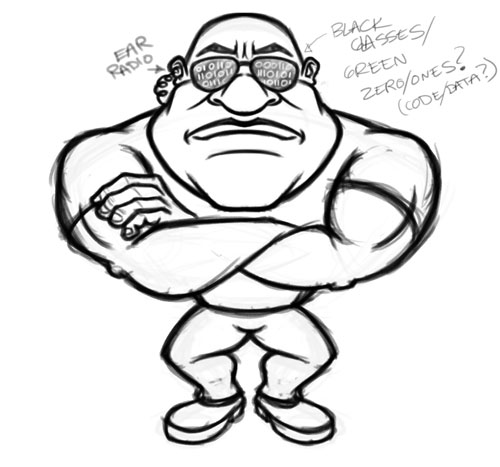 Client very much liked the look of the character, but wanted to add props that said “security”: 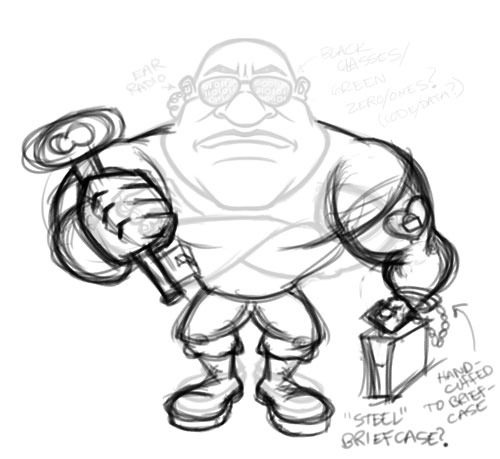 Arms changed, props added. We even played with the idea of a tattoo, but I suggested it might get lost at smaller sizes and we shouldn’t rely on it as something to “sell” the character. the skeleton key wasn’t working for the client: 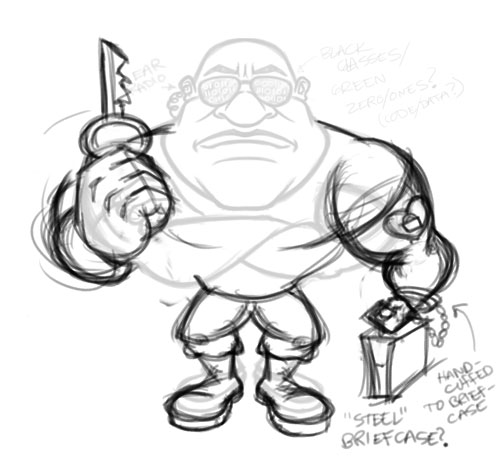 And then it was agreed that he should be less “commando” and more “secret service”: 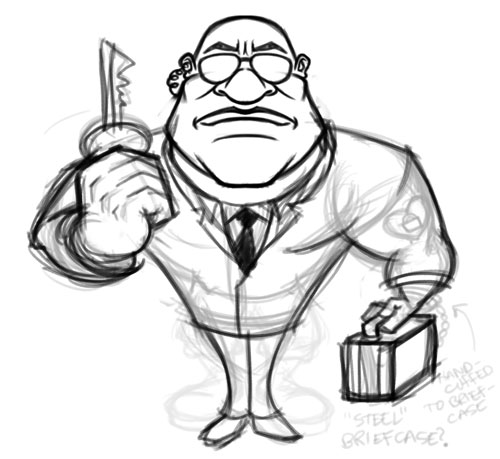 The legs were streamlined to work with the suit. This was pretty much OKed by the client for the final art, so I went into the finished sketch: 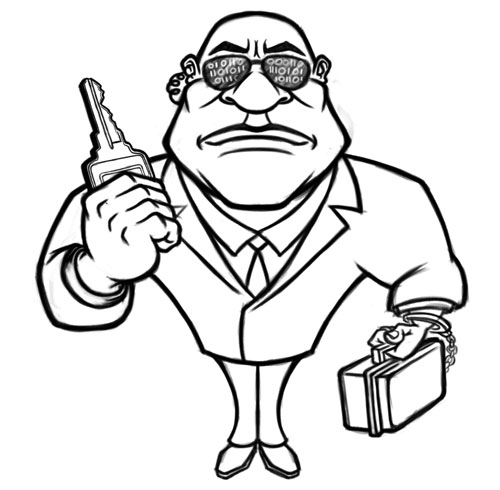 Small tweaks to the position of the lips/mouth, and the head was slightly enlarged. Client asked if we could try some different hairstyles (including facial hair), and the flattop was agreed upon as the best choice: 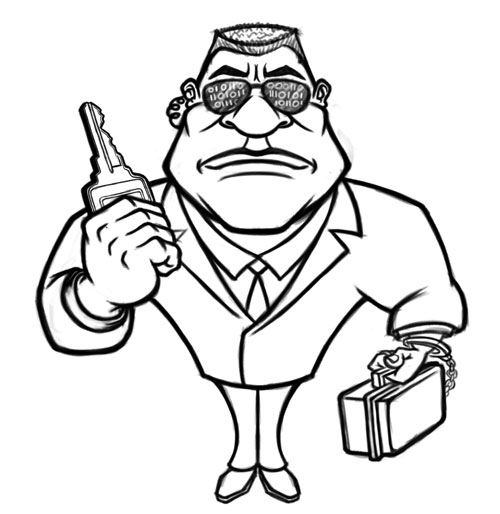 From here the final art was cleaned up and placed in Adobe Illustrator as a template to create the final hand-created color vector art.