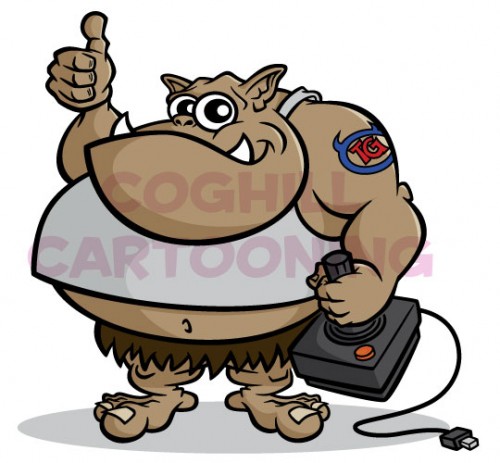 Working color vector art for a mascot character project. The ogre will be used as a mascot for a video game portal website. We needed a prop and I suggested a video game controller, the client wanted to go with an old-school Atari 2600 controller, which I think looks great. it’s such an iconic design it really reads well, which is important for smaller sizes.

Client asked for two versions, one a “thumbs up” version as well as a more “dumb” version of him scratching his head: 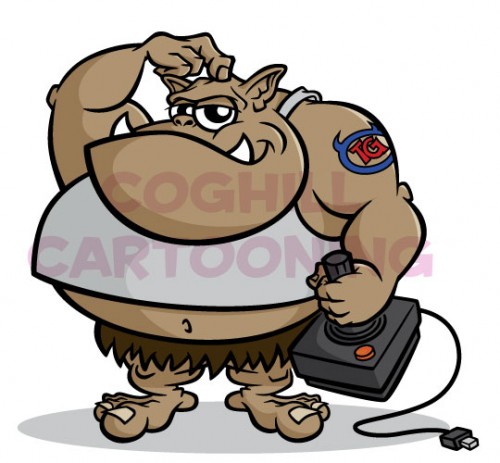 Here’s the very rough initial sketch I created in pencil on paper to get a feel for the look of the guy: 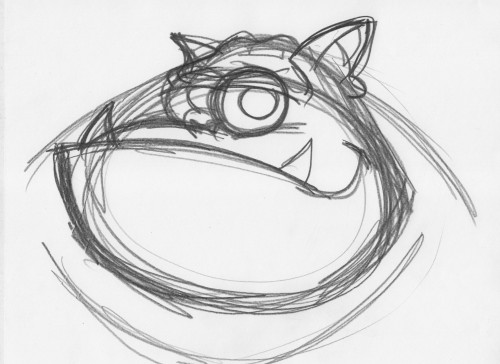 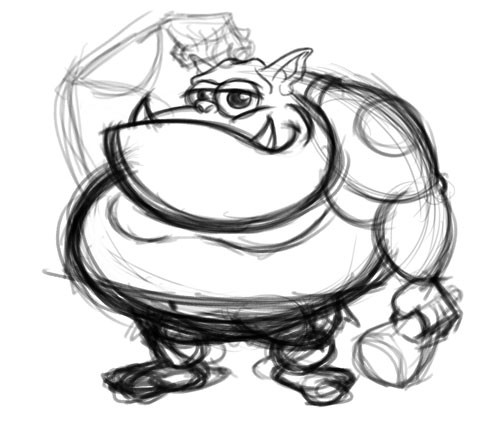 Working on layers helps immensely. In this case I wanted the legs just a little bit larger. Also did some further refining to the line art: 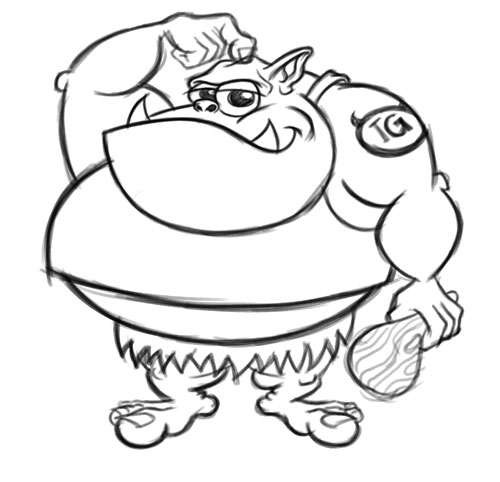 A little more refining and some rough tone: 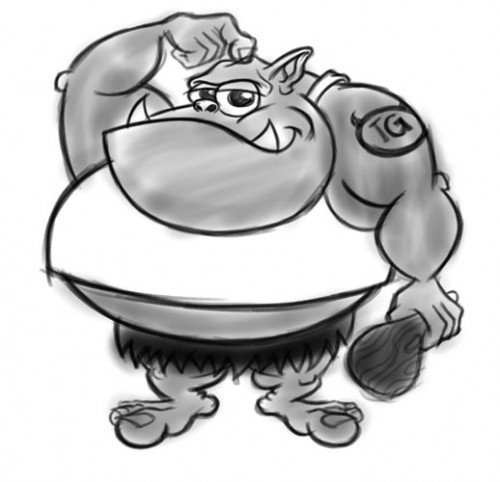 At this stage, I suggested to the client that perhaps to brand the character more closely to the video game theme, we should swap the club with a video game controller. The client suggested the old-school Atari 2600 controller, and I couldn’t have agreed more: 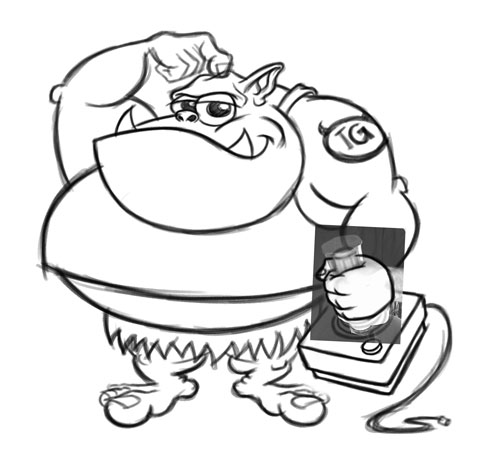 You’ll note in the above sketch that I left in a reference photo I used for the hand. I used Apple’s Photo Booth to capture the image with my webcam, dragged the snapshot right from the Photo Booth tray on to the Photoshop icon in the Dock, then copied & pasted into the Photoshop sketch file.

Client enthusiastically approved the Atari version, and the final line art drawing was finished to use as the template for the final vector art: 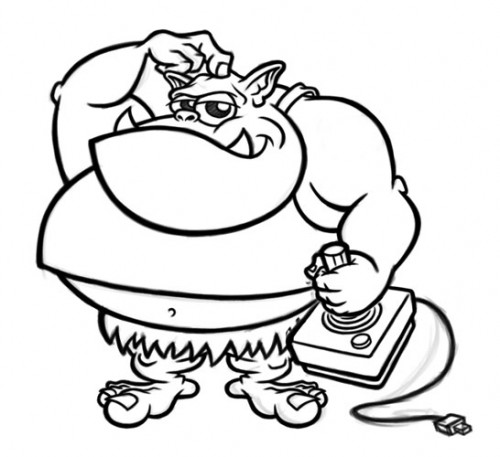 An alternate version with the ogre giving a “thumbs up” was also created, with some small tweaks to the brow and eyes. From here the art was placed into Adobe Illustrator and the vector art was hand-created using the Pen tool and a Wacom Intuos graphics tablet.

Initially the ogre was too green in color (I was given a lesson in true ogre skin color from the gamer’s perspective on this project): 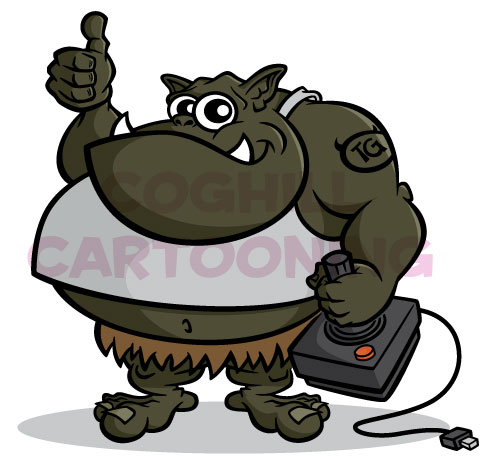 Since I created all the main color areas as global swatches in Illustrator, the colors were easily tweaked to the finals you see at the beginning of this post.