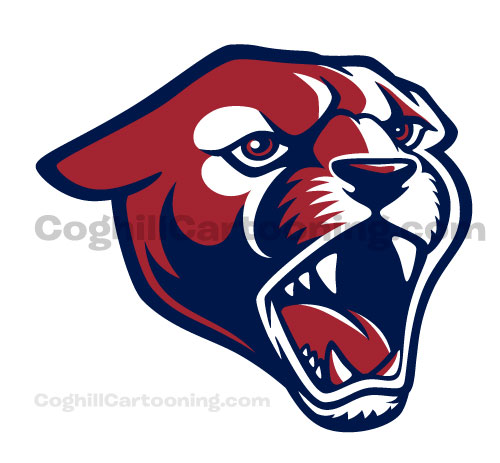 This puma illustration was created as part of a rebranding campaign for a high school (the Perry Panthers). I was subcontracted by a designer to create the illustrated mascot portion of the project. The designer created the full logo and ancillary design work.

The school had been using puma artwork for their mascot that was not created by them, and therefore needed to have something original created. After initially attempting to create the illustration work himself, the designer eventually realized he needed an illustrator to create this portion of the project.

Initially the puma art was headed in a much different direction compared to the final art seen here. It had a full body, in a prowl stance coming towards the viewer. I attempted to rework the initial concepts created by the designer, but these were not received well by the end client.

After a few rounds of revisions, the designer and I realized we needed something original that was more reminiscent of the approach and style of the art the school had previously been using, with a more standard head-only design. 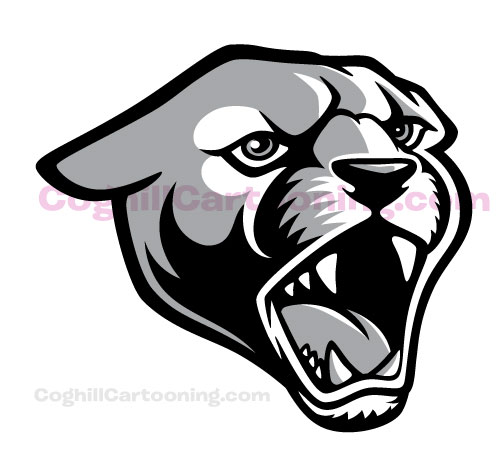 The final artwork came out great, and both the end client and the designer I worked with were as pleased with the final puma mascot character illustration as I am.